Gestation will occur for approximately sixteen days. Most sugar gliders will give birth during daylight hours. The mother will begin by licking a wet path from her cloaca to her pouch. By matting down the fur, she makes it easier for the joey to find its way to her pouch and avoid becoming entangled in her fur. One or two joeys are most common, but they can have up to four joeys at a time. Once in her pouch, the newborn joey will find and attach to one of her four nipples. Once the joey has attached to the nipple, it will begin to swell inside the baby's mouth. Its jaw will remain locked on the nipple for the next eight to nine weeks. Should the joey come off prematurely, it will likely die. The baby's jaw is not developed enough to open and latch back on the nipple. The entire birthing process will take about five minutes. Very few are lucky enough to see a sugar glider give birth.

If you did not see the birth, there are a few signs that she has a joey on the way, such as: 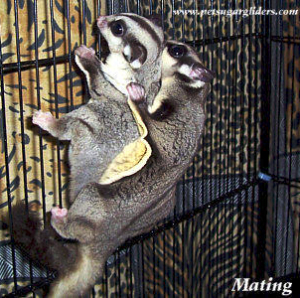 Sugar gliders will often mate in the open. When a female is in heat, the male will mount the female's back and groom her neck. Sometimes, if a male is too rough, it could result in a mating wound. 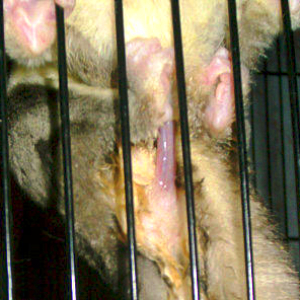 After mounting the female, the male will insert his penis into the cloaca of the female. 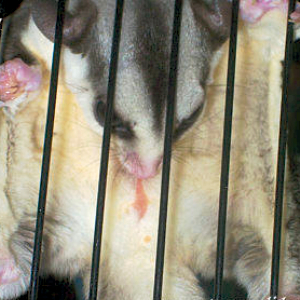 The female will begin birth by licking a trail from her cloaca to the pouch. 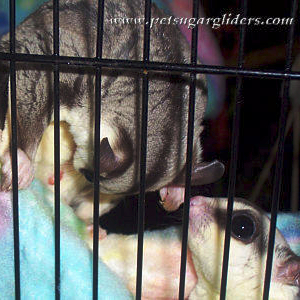 After approximately sixteen days, the female will give birth. The male may assist her or show interest in the birth. 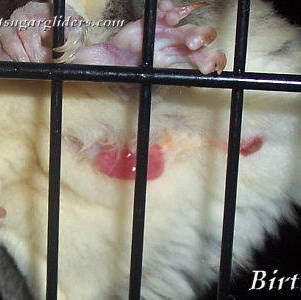 The joey will emerge from the cloaca and crawl to the pouch. 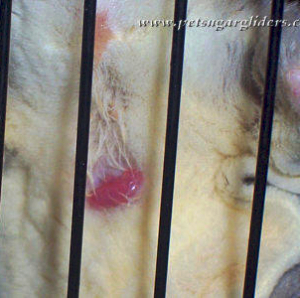 A newborn joey is about the size of a grain of rice. 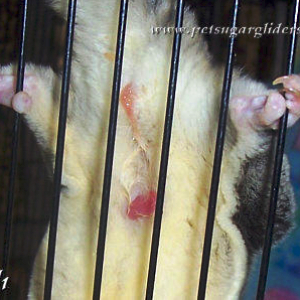 Once the joey reaches the pouch, it will crawl inside and attach to one of four nipples inside the mother's pouch. It will remain in her pouch for the next sixty to seventy-five days.